If these walls could talk, they would tell you the story. My Feng Shui practice, Narrative Space, is based on the premise that your home, business, or any physical space has an energetic narrative that can be interpreted and edited through Feng Shui.

Art & Alchemy is my specialized area of Feng Shui.  What is the story?  Look around, it’s all there. The writing is on the wall, so to speak. People assume art is merely a picture or a painting or a photograph. 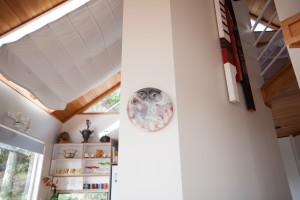 What a physical space is communicating via its narrative is obvious to me, though it may not be to most people. Not everyone sees life through the same lens, so in some small way I can bring clarity and light to this subject. Universal consciousness aside, not everyone is paying attention to the signs or knows how to interpret them.  I genuinely believe we all have this ability on a subconscious level, but that doesn’t mean it is reaching the conscious or mundane level.  Feng Shui is a physical language which helps interpret those signs.

Even if you don’t know anything about Feng Shui, you can look at an image and interpret it on a gut level. You can see what it is communicating and ascertain whether it is positive or negative.  Think of art in terms of the narrative or story, then decide if that is what you want your story to be.  Some people like dark imagery because they think it’s cool or profound.  Since my goal is to help people create a positive setting and narrative, I wouldn’t necessarily recommend such art. 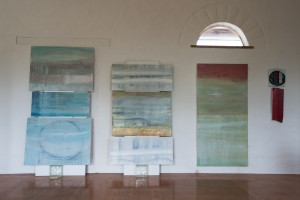 Art provides your space with visual cues that create a narrative.  The walls are figuratively telling your story.  What do you want that story to be?  If you curate the art from a Feng Shui perspective, there are specific areas of a space that pertain to specific areas of life, such as your career or love life.  It helps to know the area of life in which you are placing a piece of art, because context is important.

The Bagua is an energetic map in Feng Shui that represents nine life sectors called “guas.” These include Prosperity, Fame, Love, Family, Health, Children & Creativity, Skills & Knowledge, Career & Travel, and Helpful People.  The Bagua is the most important tool in Feng Shui for curating and interpreting the narrative.

If you place romantic art in your Skills & Knowledge area, you may not be making the best use of the art. It could be better placed in your love area. That said, at least it is positive imagery, and there is still benefit from having Skills & Knowledge in the love department. It is preferable to curate for maximum benefits, though. That’s where a consultant can really help.

When I wanted greater success in my career, I thought about what kind of imagery would help.  Water is the element associated with the career gua and it also represents abundance in Feng Shui. With this in mind, I painted a waterfall and placed it above my desk in my career gua.  Suddenly, I had more Feng Shui gigs than ever, and my cash flow increased significantly.  This is an example of the way art supported my intentions and served me in a positive way.

Think about art as a way of foreshadowing your story.  You can play a conscious role in how your story plays out.  It’s very empowering!  It not only works from an energetic perspective, but from a psychological one.  Visual cues feed your subconscious mind.  Your mind processes the information and works diligently to manifest the story being told.  That said, be conscious of the fact the story serves as a mantra that will ultimately manifest itself. 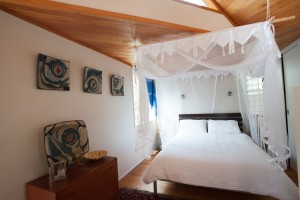 I once worked for a business that sold art.  Some of the art was positive and beautiful, while some was dark and depressing.  A series of pieces depicted the tragedy of the Twin Towers.  I lived in New York during 9/11, and know first-hand the impact that it had on business and the lives of New Yorkers. It was one of the most depressing chapters of my life.  I couldn’t understand why these pieces were so prominently featured.  One of these pieces was placed in the career gua of the business.  I told the owner what it represented symbolically and how it wasn’t good for business, but my words fell on deaf ears.

That series of paintings was not only bad Feng Shui for the business, it served as a powerful alchemy that depicted a less than positive outcome.  Additionally, that business displayed a picture of a dead whale carcass decomposing, and another of a capsized ship. While there were some positive images, the overall story being told did not have a happy ending.  From a Feng Shui perspective, the way the art was curated was disastrous.

The business had a number of other Feng Shui issues. Most notably, the bathrooms were located in the Prosperity gua, representing money going down the drain.  There are cures for this.  I tried to offset the energetic loss by hanging crystals above the toilets, but the owner removed them.  Crystals alone cannot compensate for every ill, but they can help remedy an energetic loss.  They were a tiny edit in a space that needed a big rewrite.  When I discovered the crystals had been removed, I also decided to leave.  Very shortly after this, the business quickly and dramatically imploded.

I learned a lot from that experience. I was able to see first-hand how powerfully the imagery and narrative of a space can become its own self-fulfilling prophecy.  The impact and power of art on the narrative of a space, and the people who inhabit it, is an area of Feng Shui on which I am particularly focused.

Art possesses what I like to call magical properties.  These properties can be used for good or ill, and I have highlighted examples of both.  When you choose art, you will be drawn to certain pieces.  Take stock of how a piece makes you feel and whether it is a feeling you want to bathe in every day.  You may be drawn to darker pieces because there is something relatable in them. We can all relate to pain and suffering, but that doesn’t mean we need to live immersed in it.
They say happiness is a choice.  Choose to tell your story with visually inspiring and triumphant imagery.  To learn more about my work with Feng Shui, Art & Alchemy visit Narrative Space.