In today’s society, we are all trying to connect with each other, simplify our lives, and bring back traditions. Yet, we are still disconnected from ourselves and those around us. We travel to leave our normal lives, but are we ever fully achieving balance? Aren’t we still checking email, posting on social media and phoning our friends while the magic of the trip unfolds? 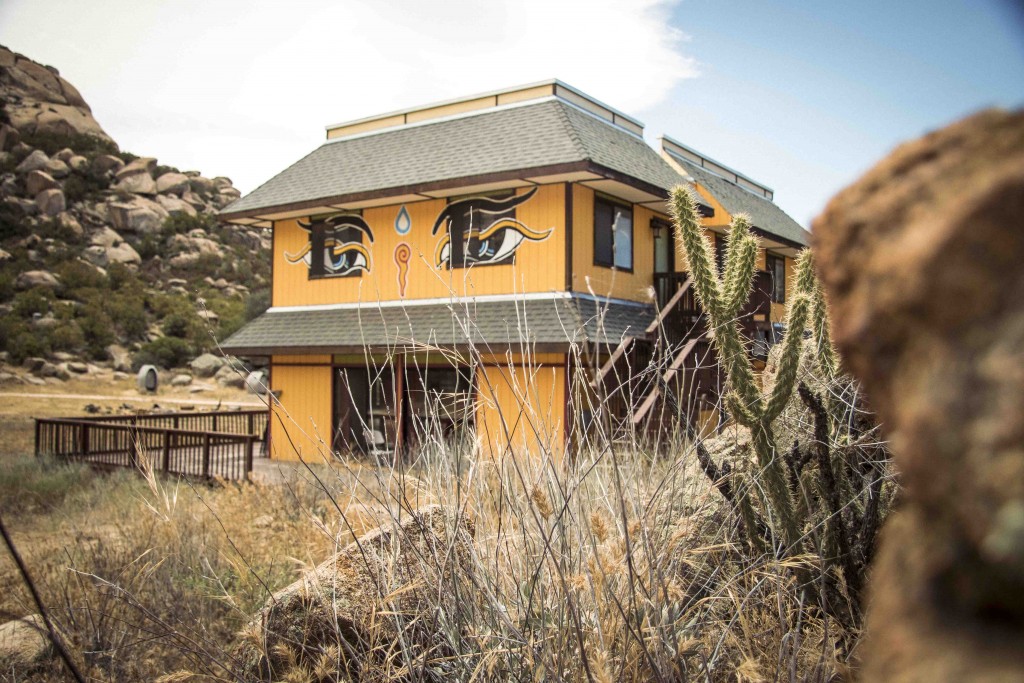 To disconnect entirely is scary. Driving three hours to meet a group of strangers at a remote yoga retreat is another level of scary. I decided to take the plunge and be totally remote at Shivakali Yoga’s “200 Hour Teacher Training” deep in the desert, east of San Diego. 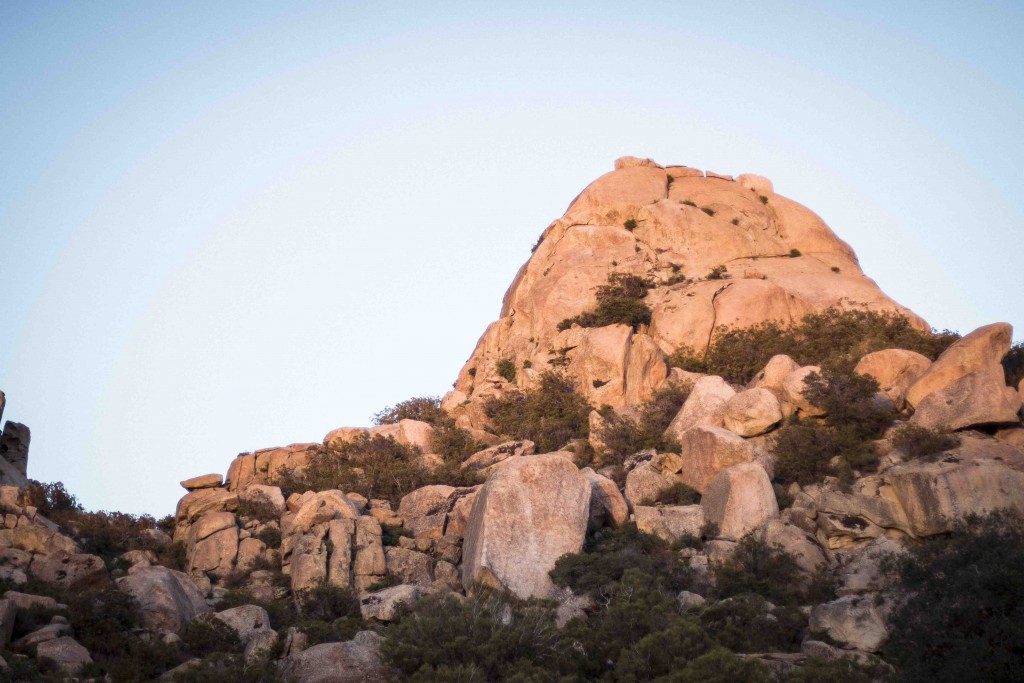 Shivakali’s founder, Serge Berliawsky teaches at The Springs, nestled in the arts district of downtown L.A. The Springs feels both hip and traditional, with vegan food, open-air community seating, beautiful consignment, and live music on the weekends. Gloria Baraquio is the Yoga & Wellness Director at The Springs. Together Serge & Gloria co-teach and co-lead the trainings. Coming from backgrounds in fashion, music, and television, both bring the edge of modern society into the traditions of the curriculum that they developed. As Serge describes it, “Shivakali retreats are ancient traditions meeting modern wisdom.” 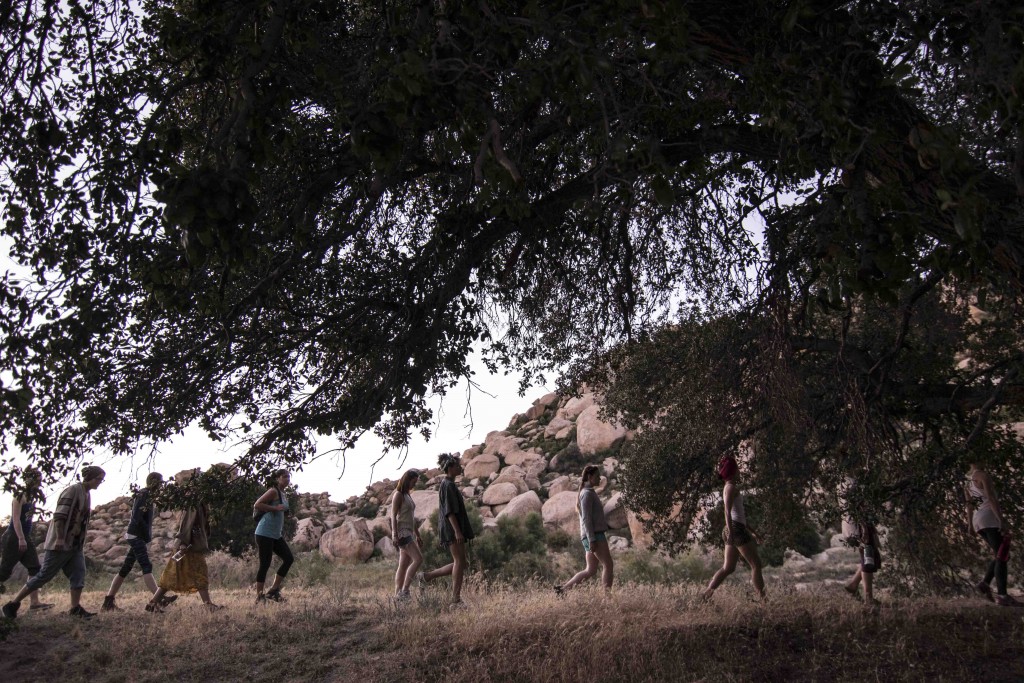 After driving east of Los Angeles for three hours, I arrived at the end of a dirt path. As I parked on the path about half a mile from the house, I encountered my first stranger. Her name was Jen, and she seemed equally uncertain about this adventure. As we headed toward the house, bags and yoga mat in tow, something special about this place seemed to loom in the air. The warm wind touched my face as it rustled through the trees.

In that moment, I was completely disconnected. My phone was off, and my heart open.

After being greeted by various guests who all seemed incredibly nice, I was taken on a tour of the grounds. The salt water pool, outdoor Jacuzzi, beds, kitchen and master yoga room overlooking the desert landscape made Shivakali feel like the perfect respite. 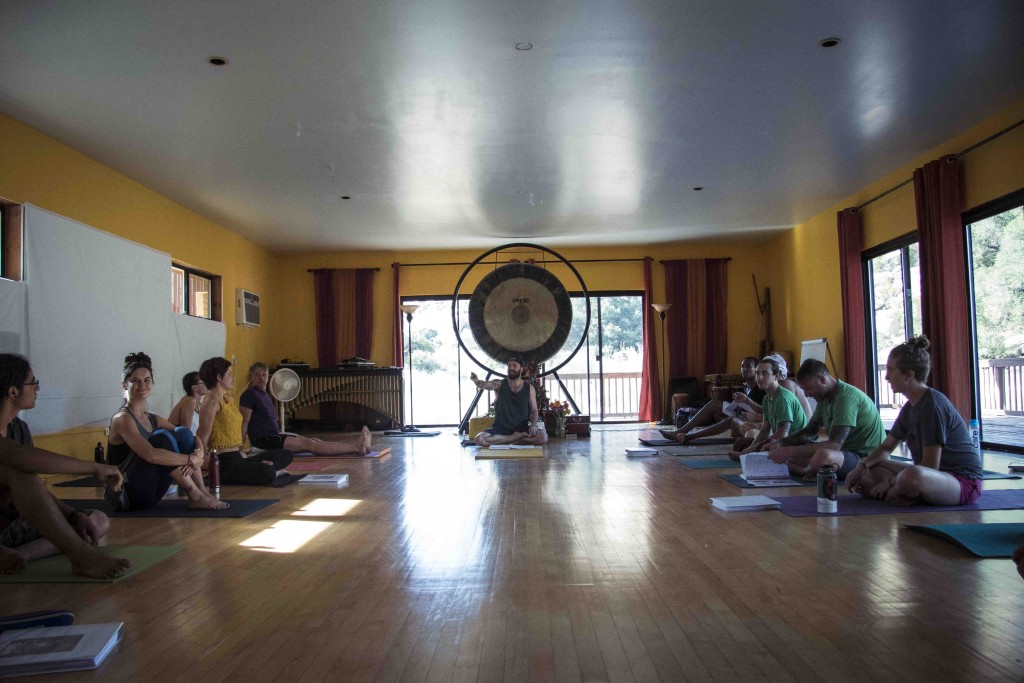 Following the tour, we were welcomed into our new home away from home. Inside the large yoga room, we sat on the floor awaiting what was next. For our first exercise, we were told to look at our neighbor and ask what they were most excited about this weekend. I eagerly told the person across from me the things I was anticipating, and why I was there. Her response was surprising.

“To find myself,” she stated simply.

In that moment, I realized this experience was more than a desert getaway. We were here to completely unravel the soul and explore the depths within ourselves. We were here to embrace the vulnerability of being completely disconnected from the modern world. Over the next few days, I witnessed each person unravel deep parts of themselves. It was utterly beautiful. 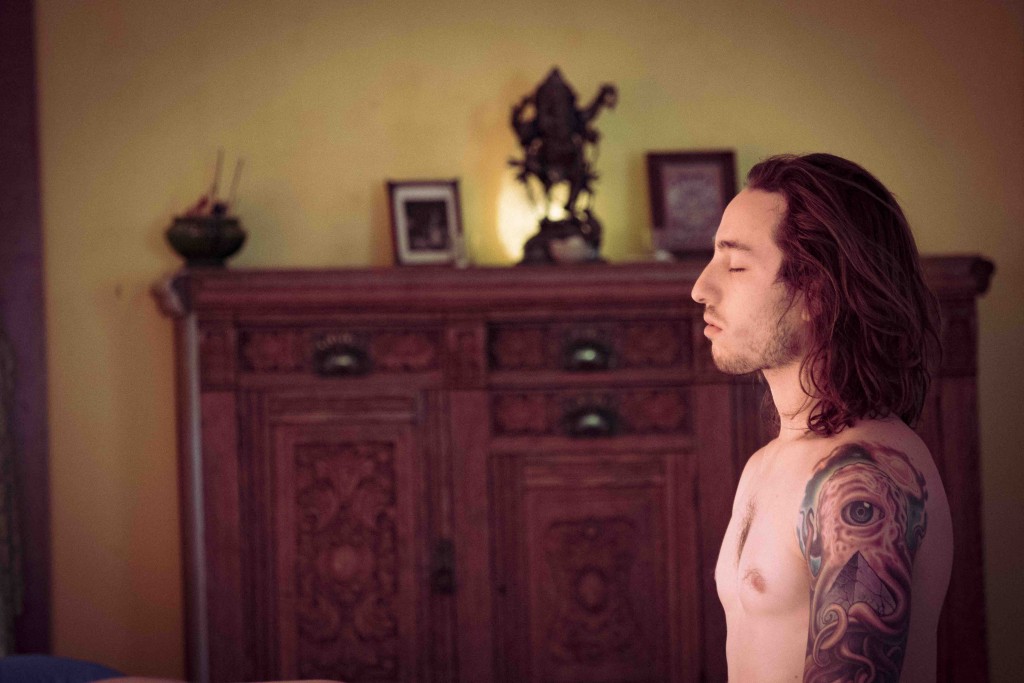 In our society, we rarely silence anything beyond our phones in a crowded movie theater. The concept of silence is largely unexplored in Western culture. Simply listening to the world around us, without words or distractions, might even feel indulgent when there’s so much we could be accomplishing during that time.

What I discovered during the silent times of this retreat was powerful. I felt detached, yet entirely connected. Starting my days off this way laid a foundation for ease, patience and purity that the group was all able to feel as a whole. I found it especially meditative eating breakfast in silence, while the sun was still rising. The atmosphere created a bond between me, the meal, and the nature from which it grew. The food served at Shivakali was made with the freshest ingredients, all locally sourced in the city of Ojai.  My favorite breakfast was fresh oatmeal with fig confit, hemp seeds, dried coconut, almonds and honey, along with fruit, toast with almond butter, and black tea. 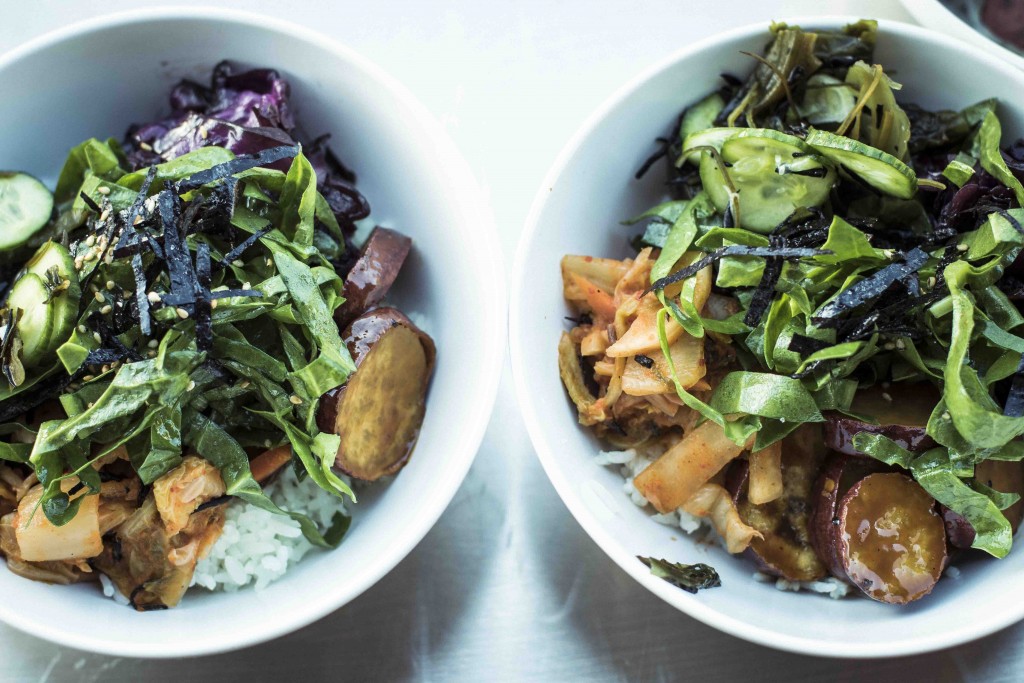 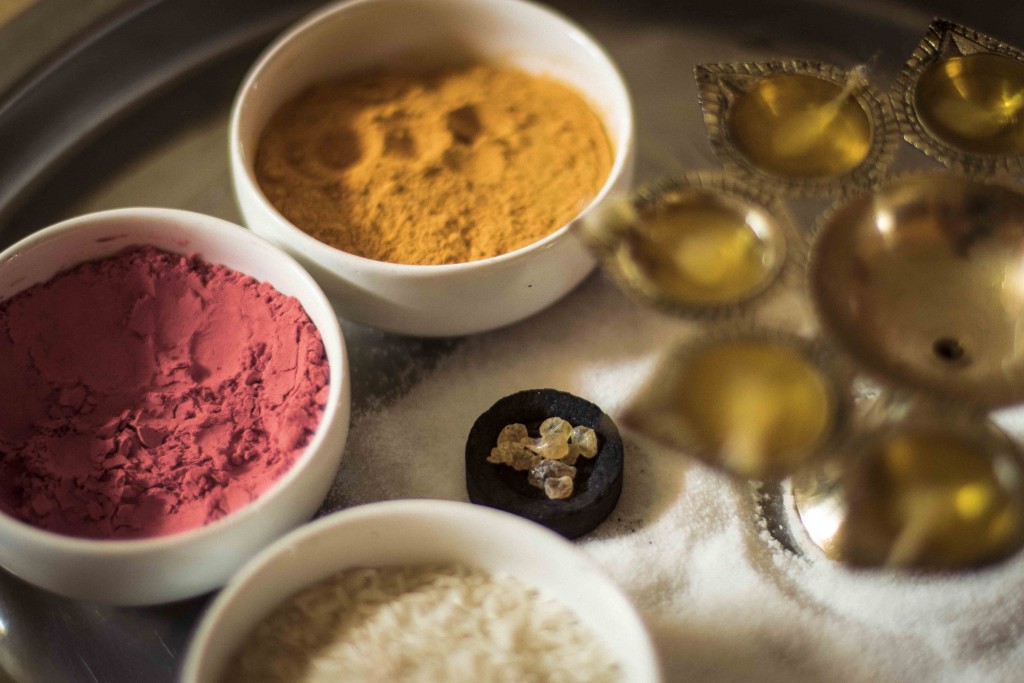 The traditions of yoga are more ancient than those who practice it today may realize. As far back as 25,000 BCE, a variety of influence in India and central Asia began to develop the art of yoga. A gradual transition in the culture incorporated the beliefs of Shamanism and the Vedas traditions. This shift around 800 BCE developed the study of yoga as a connection between yourself and the world around you through meditation.

People may envision a yoga retreat as pretentious, but Shivakali maintains a grounded practice through creativity, openness, humor, and study of self. In 2012, Serge attended a yoga retreat that felt stagnant. It inspired him to start Shivakali and help promote what he calls “the evolution of spiritual consciousness” and “sharing the depth” with others.  This exploration is done through various modalities like chanting (which essentially feels like group singing), body movement such as dance, and sharing circles. Each of these elements acts as a type of purging to break barriers and open parts of the soul to expand thought and heart. 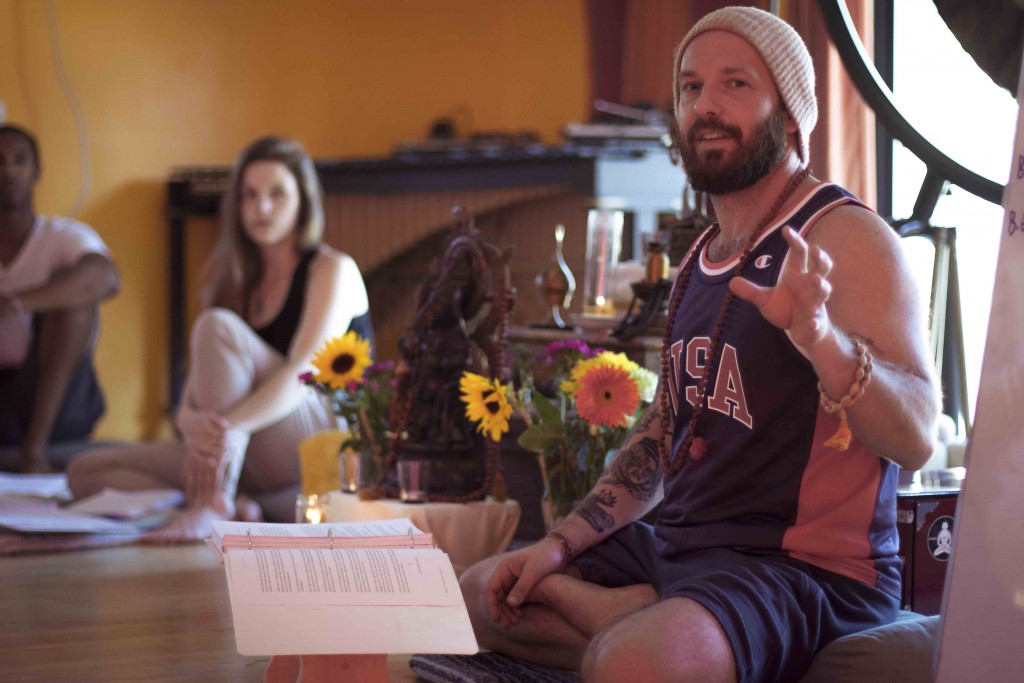 Obviously, it is difficult in our fast-moving society to fully dedicate every day to these traditions. But what retreats teach us is how to incorporate intentional disconnection as a lifestyle.  They also show us how to share this openness with the world around us, remembering the simplicity and contentment these practices bring into our lives.